Contributing Writers to JNCCN 360: Different Roads to a Shared Destination

Published by Susan Reckling, Managing Editor, JNCCN 360 • One year ago 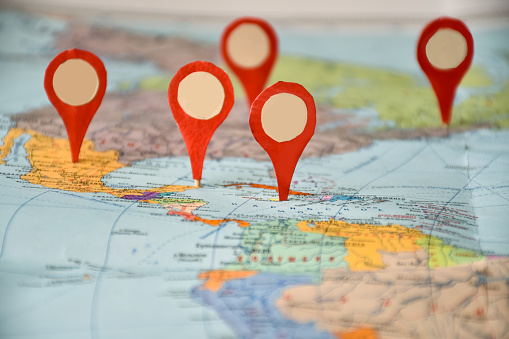 What do a licensed pharmacist, biologist, anthropology major, medical student, investigative reporter, wildland firefighter, high-school teacher, ex-football coach, and video producer have in common? They are all members of a growing and elite team of contributing writers to one of the fastest-growing initiatives in the Harborside galaxy: the online news source JNCCN 360. Initiated in March 2017 with two microsites, JNCCN 360 now houses oncology content for about a dozen tumor-specific microsites—and counting.

The pins on the map representing the diverse areas from which contributing writers to JNCCN 360 come from might appear similar to geographic profiling in a criminal investigation. Obviously, there would be several in the New York area, but also ones in Alaska, Nevada, Illinois, Iowa, Washington, South Carolina, and Texas, to name just a few.

Let’s take a closer look at this diverse group of contributing writers to JNCCN 360—those who have in no small way contributed to its success. To this special cadre, I offer my sincere thanks, smile at their growing accomplishments, and will always appreciate the time they shared with JNCCN 360 (whether a lengthy stay or a short visit).

As JNCCN 360 moves into its fourth year in 2020 and continues to expand its scope, we can only wonder where the next set of pins on the geographic map of contributing writers will appear. The possibilities are limitless.